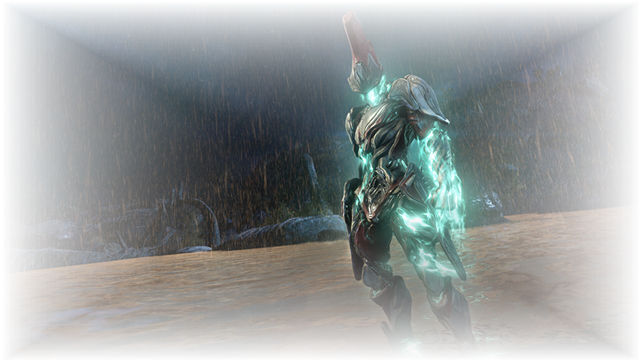 This is Revenant, the returned - the condemned. Harnessing the essence of Eidolon and warrior alike, he mystifies and obliterates his foes. Revenant serves last rites for the souls he leaves on fire, without a plea for mercy.

ENTHRALL
Convert a target into a zealous thrall. Thralls turn on their allies and enthrall through damage. On death, they disintegrate into a damaging pillar of energy. The thrall horde remains under Revenant’s spell until this Ability runs out.

MESMER SKIN
Become enveloped in Sentient energy, which redirects damage and stuns all those who dare attack. Stunned enemies can be Enthralled at no energy cost.

REAVE
Dash through enemies as a wall of Sentient energy, leeching shields and health from any encountered, enhanced for thralls.

DENSE MACABRE
Erupt with a multitude of Eidolon energy beams and sweep a circle of death around Revenant. The beams will modify their Damage Type to target select defenses, while incoming damage is redirected back into the beams. Hold fire to boost Status Effects and Damage, at the cost of increased energy consumption. Thralls killed by this leave overshield pickups.